Home / The Index / History / the book of hackenschmidt

Share
Wrestling is a today considered one of the most effective and scientific of all competitive sports, and justly so. If ancient origin is a token of merit the pastime should certainly deserve highest appreciation for centuries have been consumed in its development. In face, the history of wrestling may well be said to be the history of mankind. Ever since primeval man laboriously shaped stone hatchets, and with crudest of implements chipped out cave dwellings in the face of friendly cliffs, a favorite diversion has been the deciding of individual supremacy by means of combats based on the principles embraced in wrestling. The sport has improved decade by decade year by year, until now we have the most improved form of wrestling know.

The names of the multitudes of wrestling experts that have risen, flourished and fell, even during the last fifty years, would fill a volume. Many of them won lasting fame, but it remained for the twentieth century to produce the greatest exponent of the art ever known to have lived. Stop to consider the significance of thisL it means a wrestler whose superior never existed; a man who rises far and above the hundreds and thousands of mat athletes who made the history of this popular sport; a man who is the model for every aspiring young man of the nation. Such a man is George Hackenschmidt, the “Russian Lion.”

The interest Hackenschmidt’s appearance created is unparalleled. The public marveled at his wonderful physique and his record of over three hundred contests, often against powerful odds, without a single fall being scored against him. In all these battles he had never even approached being defeated, in spite of the fact that his opponents comprises the Greco-Roman champions of every nation under the sun. Even the famed and ponderous Turks, familiarly styled ‘Terrible Turks,” fell helpless victims to his prowess. “My superior quickness more than offset their tremendous weight,” said Hackenschmidt to the writer on one occasion.

There is no doubt that Hackenschmidt is the most imposing specimen of muscular development that experts of this country or of any other have ever seen. His muscles, when not in action, are elastic and springy, almost soft, but when they are given work to perform, they bulge out from the athlete’s massive frame with the firmness of stoutest hickory or locust braces. The contraction of his back, shoulder and chest muscles increases his chest measurement almost twelve inches. It is in the quality of his muscles as well as in their power, that Hackenschmidt is vastly superior to Sandow. The muscles of Sandow are knotted, hard, and as Hackenschmidt says, “dry.” They are adapted to a very powerful effort of but short duration, owing to their comparative inelasticity. Those of the “Russian Lion” are the ideal sort for continued endurance. He is practically untiring because his muscles, in spite of their bulk, contract and ease themselves as easily and as smoothly as though operating in well oiled grooves.

“Practically all athletes share the delusion that a big man cannot make himself light on his feet and quick in all his movements. I weigh fifteen stone and yet I can say without boasting that I am as agile and as swift in action as any lightweight wrestler I have veer seen. How do I do this? Simply by exercise; that makes every one of my muscles strong, elastic and springy.

“The principal requisite for a heavy man who wishes to be quick is to engage in exercises of a varied nature. He must not devote his attention, say, to dumb-bells or to heavy weight lifting to the exclusion of jumping, running, walking, etc.

“The great secret of my combined strength and quickness lies in the many exercises and pastimes to which I have given attention. I am a fast runner, a boxer of considerable ability, a cycler, am fond of walking long distances, a swimmer, and to some extent a gymnast. At high jumping I have cleared the bar at six feet two inches.

“When I am in training I do not restrict myself very much regarding the kinds of food which I eat. I eat in moderate quantities whatever I best like. I do not eat sweetmeats nor rich pasty, however. I have not eaten such delicacies for years. If I should now eat candies or other confections my stomach would become badly disordered in a few minutes, so unused is it to them, and nausea would follow. I do not believe in smoking nor in alcoholics for wrestlers or any other athletes, but a bottle of ale or beer now and then will do no harm; on the contrary, it will tone up the system if taken judiciously.

“Wrestlers should not do too much work in training. Strange as it may seem to many wrestlers I never work more than half an hour a day when preparing for a bout. In that brief time, by working very hard, I consume all the energy and vitality that I can afford to spare. I work up a heavy perspiration, follow with a shower bath and finish with a rubdown. There is one point in my training which I find overlooked by all other athletes. It concerns the drinking of water after exercise. I make it a practice to drink water, after finishing work, in proportion to the amount of perspiration I have lost. If I have perspired a great deal I drink all the water I possibly can after getting dressed. I do this in order to give back to the system the amount of water I have lost through my pores. Doctor Petrol, a valued friend of mine in St. Petersburg, once told me that I should do this. He is the greatest expert on physical training that I have ever met, and this suggestion of his has done me much good. His idea was that a man’s system had insufficient water at its disposal after he had been subjected to severe exercise which induces heavy perspiration and that he would feel depressed unless this lack was remedied.

“I know from my own experience that his judgement was correct. Moreover, many wrestlers believe that a man is harmed by drinking all the water his thirst craves after continued exercise. I do not think that is true and I always drink all the water I want, no matter how much it requires to quench my thirst.

“Every man should recognize the value of wrestling with clever men when in training. Have for your assistant in your preliminary work a man who knows the scientific end of the sport thoroughly. It doesn’t make any difference as to whether or not he is lighter or heavier than yourself, although when working with a heavy man you naturally become accustomed to later under a handicap.” 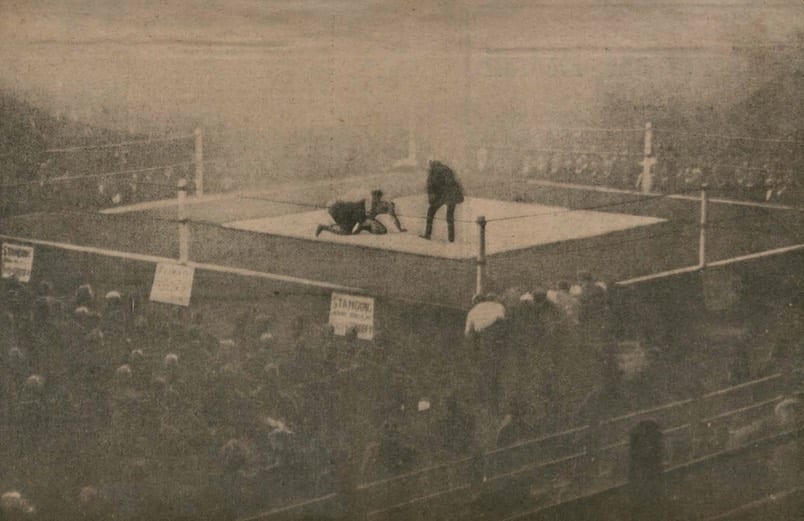 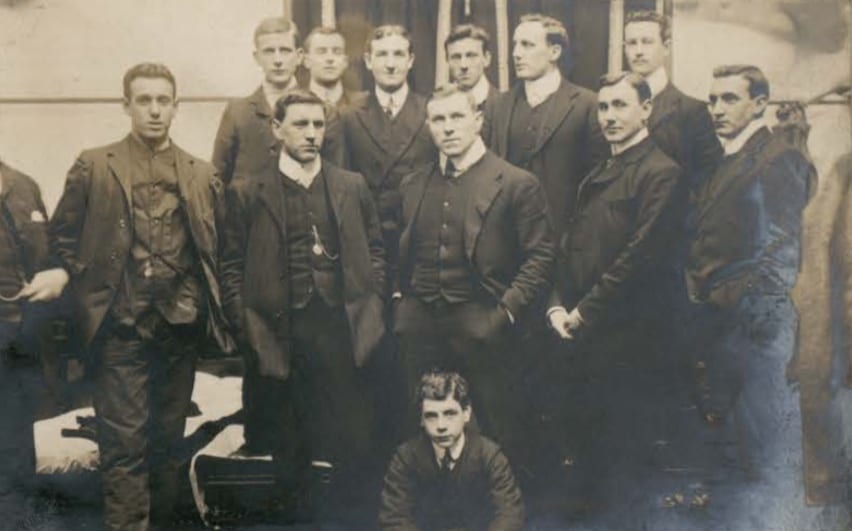 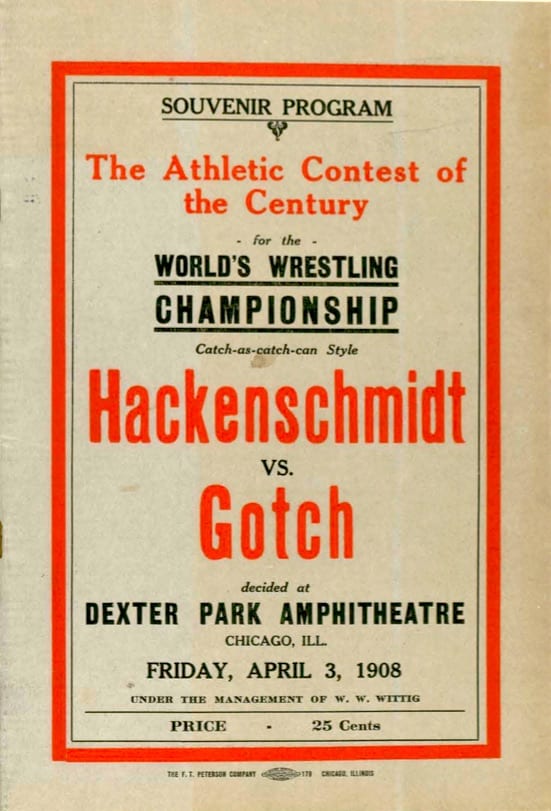