"The strongman field now seems to be drawing the greatest strength athletes. They can do things that real experts, 50 years ago, would have laughed if you had said people could lift a 600lb stone off the ground. It’s preposterous."

The Cyr Dumbell Debut: 2014
In January of 1892 Louis Cyr broke Eugen Sandow’s world record by push-pressing a dumbbell of 273.25 lbs (124 kg) over his head with one hand after taking it to his shoulder with two hands. The 274 lbs replica of the Cyr Dumbbell has been designed and built by the experts at Rogue Fitness, one of the major sponsors of the Arnold Strongman Classic.
Watch the Video

The Bale Tote Debut: 2014
The yoke will be loaded to weigh approximately 550 kilos/1223 lbs for the first of three heats. The men will try to carry the yoke and cotton bales a very short distance (approximately 3 meters/10 feet) and each man must carry it the full distance on each attempt in order to qualify for the next heat. Then, the process will be repeated with an increase of up to 100 kg/221 lbs for the final attempt.
Watch the Video

Ivanko Long Barbell Debut: 2013
The tires on a new Hummer weigh approximately 100 pounds (45 kg) each, and the lightest weight available to our competitors will be a bit over 600 pounds (270 kg). By adding barbell plates and additional tires, we can increase the weight of the bar in increments of between ten and twenty pounds (five and ten kg) so the competitors can take what they want as the weight on the bar goes up.
Watch the Video

Timber Carry Debut: 2012
Designed by Terry Todd, built by Hugo and Jonathan Hemme of Texas, and adapted through the years by Steve Slater. This year it will weigh approximately 882 pounds (400 kg) and it will be carried approximately 35 feet (9 meters) up the same ramp we have used in recent years. The time limit is 30 seconds.
Watch the Video
Athletes 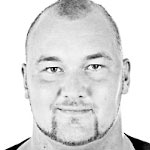 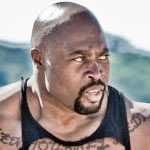 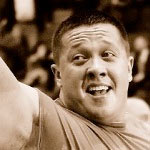 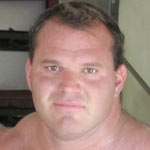 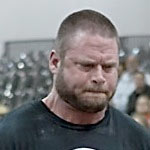 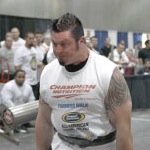 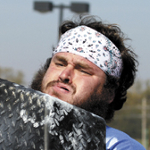 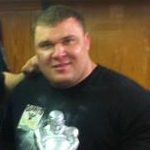 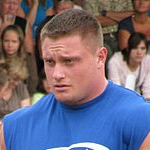 History of Strongman
“People in those days knew how important it would be to a man to be able strong. In a world in which a lot of people earned their living by the strength of their back, that meant something.”

The Arnold Weightlifting Championships, Powered by Rogue, is one of the marquee events of the annual Arnold Sports Festival in Columbus, Ohio (currently the largest multi-sport festival in America). Since 2003, this competition—hosted by Columbus Weightlifting Club, Inc.—has showcased dozens of the country’s most accomplished lifters, including established pros and rising stars in the sport. There’s a reason Schwarzenegger himself helps produce the event and regularly makes an appearance.

As of 2015, the Arnold Weightlifting Championships include five divisions of competition for both female and male weightlifters. To date, more than $200,000 in prize money and scholarships have been awarded to top finishers, making it one of the premier events in American weightlifting.

Back to Rogue Equipped Events