Rogue athlete Martins Licis (aka “The Dragon”) is a one-of-a-kind within the Strongman ranks—a tenacious, crowd-pleasing competitor who simultaneously looks like the future of the sport and a throwback to its legendary past.

In 2019, after narrowly missing the podium the two previous years, the 28 year-old Licis achieved his ultimate goal, winning his first World’s Strongest Man competition and becoming just the sixth American champion in the WSM’s 42-year history. At the event in Bradenton, Florida, the Californian-via-Latvia won the final Squat Lift and Atlas Stones events en route to the title. It was a surprising result to some, but an inevitability to many who’ve observed Martins’ rise in recent years.

At the Arnold Classic earlier in 2019, for example, The Dragon finished second overall, falling just 4.5 points shy of Hafthor Bjornsson. “Placing second in the Arnold was like a wake-up call,” he says, “and especially being that close to Thor. I knew I could win [World’s Strongest Man].”

A year earlier, at the same Arnold event in Columbus, Licis had become a sensation even beyond the Strongman community when he broke a nearly 100 year-old record with a 560 LB Steinborn Rockover Squat, breaking the hallowed mark of Milo Steinborn himself. Martins then was challenged to try and break his own record at the inaugural Rogue Invitational this past May, and he did so with plenty of flair, leaving spectators in awe all over again.

Martins has been training in strength sports since the age of 11, learning first from his father Kristaps Licis, and later from accomplished trainers Odd E. Haugen and Scott Brengel. Along with his mentor Haugen, Licis continues to help lead #TeamValhalla at The Training Hall in Newbury Park, CA, near Los Angeles. 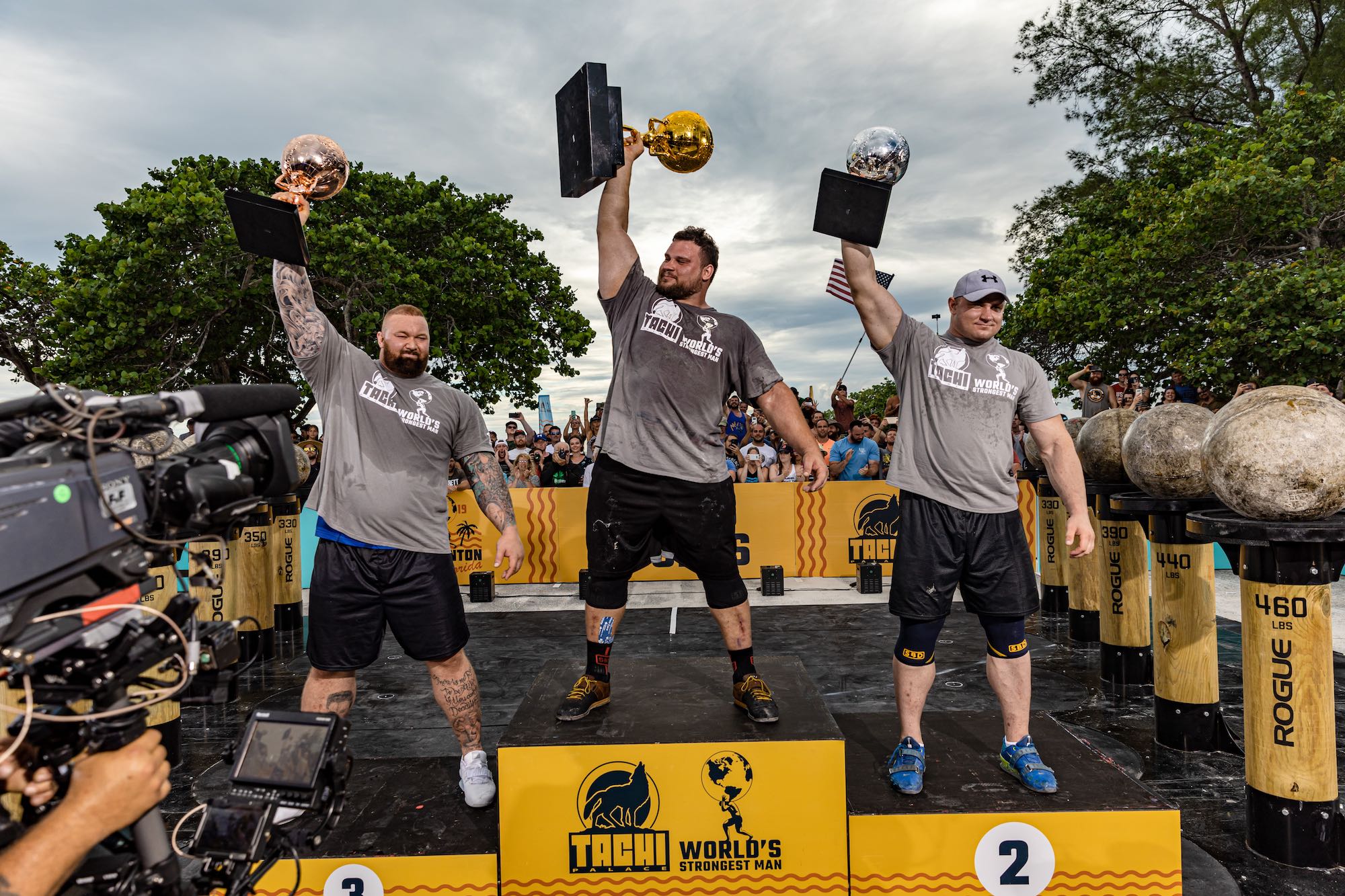